I have a confession to make. The first time I had ramen, was one month ago. I know! Have I been living under a rock?! It was only after watching David Chang on Mind of a Chef, did I become determined to try out ramen and see what all the fuss was about.

With interest now high, I hit another obstacle – where do I go?? There are so many options! So off I went to Yelp, BlogTo and other popular food websites to see which they considered to be the best ramen restaurant. So after some internal back and forth, I decided to go with Kinton Ramen. And conveniently, a Kinton Ramen had such opened down the street from me on Church Street (it is a chain).

6 friends and I decided to pay them a visit on a Saturday for lunch, and we arrived just as they opened – so seating was not an issue. As I usually do, I had already reviewed the menu, and knew what I wanted to order. As each friend arrived, we ordered tea – it was a really cold day, and the only warm drink on their menu were a variety of teas. Though not much of a tea drinker, I was still impressed with the teas they offered (can’t find the list of teas online – but trust me, they were unique, tasty and good value at $2).

When the conversation turned to what each person was gonna order, people’s interest’s ranged from chicken and pork for their meat, to spicy garlic, miso and original broth. I was definitely not interested in the chicken option because the white onion was a turn off. Interestingly, or may stupidly, I decided to get the spicy garlic broth instead of the original, which goes against everything I stand for when it comes to trying a new restaurant or a new cuisine. And that is, “order the original, what they are known for, or keep it simple.” But the spicy garlic sounded so good, so I went with it – bad idea. I really did not care for the flavour and could not understand why people enjoyed ramen so much. I found that the garlic flavour was not clear, but muted, and it was not spicy enough. I am not saying it was inedible – but it was a dish that took me all day to finish (ate some at the restaurant and took the rest home). The noodles themselves were delicious, and the chicken karaage that I got on the side was decent (Kinka Izakaya, next door, sells my favorite). The friends I was with enjoyed their dishes, but weren’t blown away. Since I had been the only person who had never had ramen before, I was the only person that could not use an example of a better ramen restaurant in the city. But apparently there are many great ones. With that in mind, I must try ramen again somewhere else, and get the original this time. 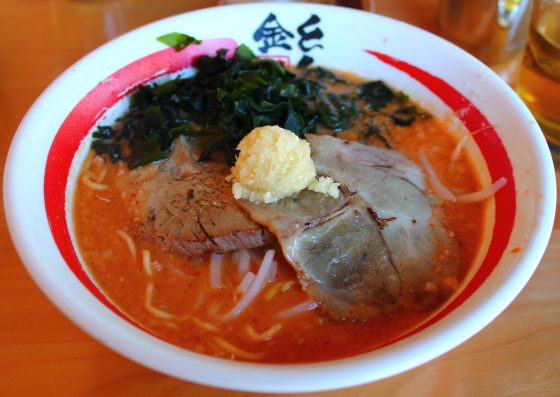 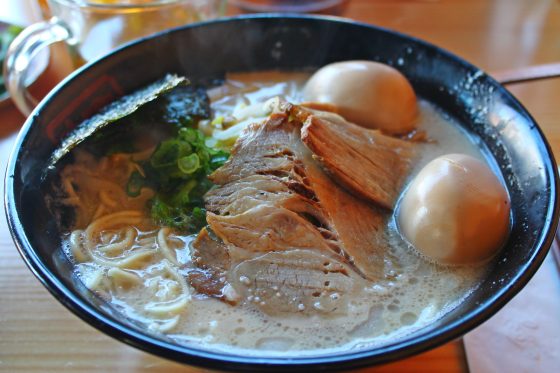