I returned to NYC on June 12th, 2012 with the sole purpose of exploring NYC’s culinary world. The last time I was in NYC I was not feeling well and I failed miserably in obtaining any reliable insight into what makes NYC so damn spectacular when it comes to food. You know what they say, “if you make it in New York City, then you can make it anywhere.” Well, I may be twisting Frank Sinatra’s words a little here. But let’s be real, with all the culinary competition in NYC and the rent prices, you really have to know what you are doing to survive here.

Knowing that NYC is famous for having great food, and an abundance of options, narrowing down what to try was quite daunting. How does one decide where to go and what to eat? Moreover, I had a strict budget and I had to limit myself to only spending $25 per day on food.  So I did some research before I left for NYC, and found a company that not only offered free sightseeing tours, but also offered free food tours. This was perfect! I had been hoping to obtain guidance from a New Yorker and food lover to educate me on where to get the best food, and these free food tours would allow me access to such insight. I did look into other food tours, and for most food tours you have to pay. This is not necessarily a bad thing because the cost of the tour often includes the food. However, I do not eat onions and a lot of food use onions as an ingredient, thus I did not want to pay for something that I ultimately would not eat.

My plan was to be in NYC from Tuesday June 12, 2012 to Saturday June 16, 2012. There were several areas in NYC that I still needed to explore, including Central Park, so I booked a combination of free walking tours and food tours, while also doing my own independent explorations. With so much to do and see in NYC, and knowing that I was only going to be in the city for 5 days, I needed to make sure that I utilized my time wisely.  Before any trip I do a fair amount of research and my favorite sites to review are http://www.tripadvisor.com/, while also doing Google searches. In this case my searches looked like this: “free food tour + NYC”.  I basically do this search for every city I visit.

A couple of days before my trip I booked 2 food tours with Free Tours by Foot at http://www.freetoursbyfoot.com/new-york-tours/new-york-food-tours.asp.  I booked the Chinatown Food Tour and the Lower East Side Food Tour. I really wanted to do the Greenwich Food Tour but it was already full.  So lesson here, book in advance! If full, e-mail or call the company and ask them to put you on “stand-by.”  You do not need to print out the reservation ticket since they will have a list when you check-in at the meeting location with your name on it. The day before the tour you will get a call and an e-mail reminding you of your reservation. If you cannot make it, please cancel as far in advance as possible. Also, if you booked several tours with them like I did, do not skip on a tour without contacting them. As a result of skipping a tour, I was put on stand-by for the rest of the tours I had signed up for. More on this later.

The Lower East Side Food Tour

Our tour began outside Yonah Schimmel’s Knishes Bakery on 137 E. Houston St. Yonah’s is known for their knishes, which are traditionally made out of potatoes mixed with different fillings such as mushrooms, spinach and ground beef. You can also get a sweet knish. The only problem was their size. Don’t get me wrong, generally I think that the larger the portion the better, but since this was the first stop on our food tour, I did not want to get full. So I reviewed the fillings and the spinach one seemed interesting. I asked the person serving us if the knish came with cheese and he said no. I found this odd, since it was made out of potato. Incorporating cheese into the mixture only seemed logical to me.  He did offer to put cheese on top of the knish for an extra $1.50, but it would not have been the same. I wanted the cheese to be in the dough and melted. On the upside, the sweet knishes come with cheese. Huh?! But not the savory one’s? Such a missed opportunity. But who am I to judge? They have in fact been very successful since 1910. 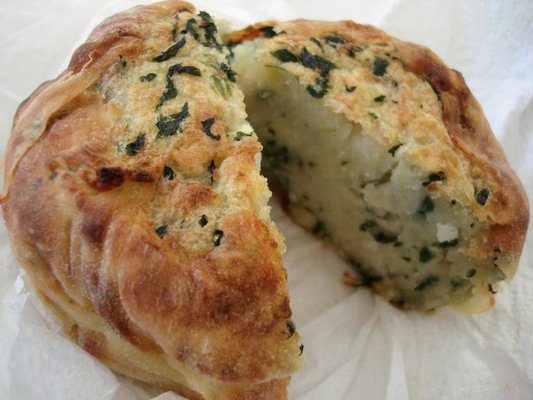 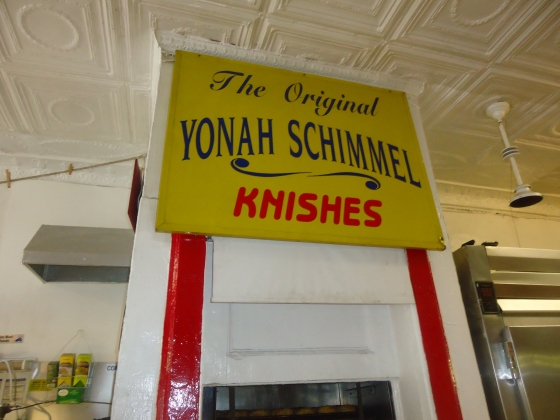 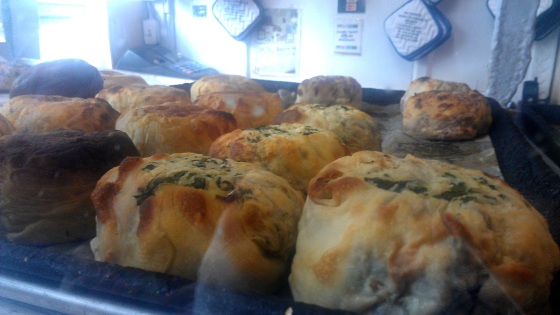 Next stop, dumplings. I was apprehensive about this stop because dumplings are generally made with green onions, and I knew that I would not want to have any. But I was part of a group, so I would have to either sit this one out or try something else on the menu. So off we went to get our 4 for $1 famous dumplings.

Our tour guide kept reminding us to be careful and not fall in. You will find these open all over NYC. 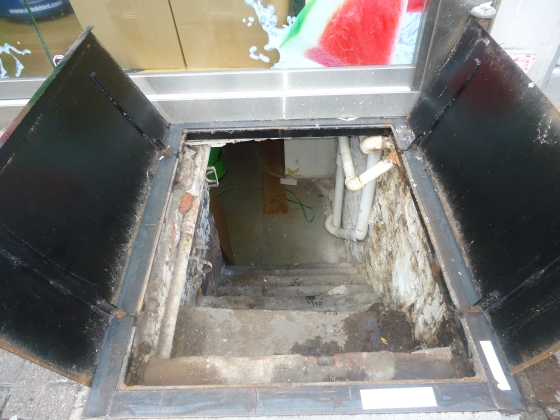 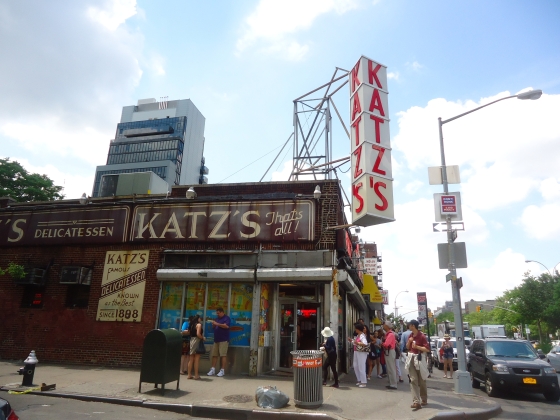 We walked past the famous Katz’s Delicatessen, also knows as Katz NYC. It was packed inside and our tour guide decided that we would not be going in otherwise we would never come out. She did give us some advice in case we wanted to return and eat here. Apparently you receive a blue ticket after you order, and if you lose this ticket, you are fined $50. It seems our guide tried to leave after losing her ticket and her exit was blocked by a beast, also known as Katz security. 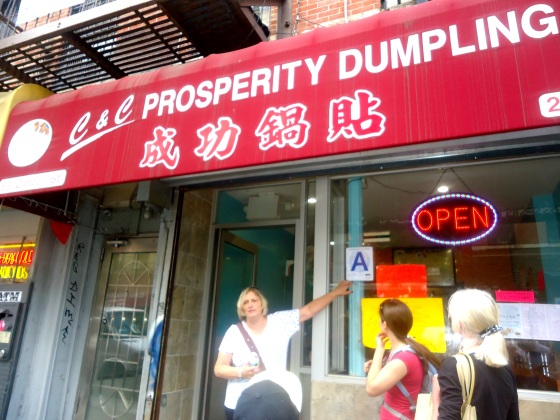 Look for the “A” grade! A is good, C not so good. We have reached our next stop.

Wow, these were shockingly delicious! I ordered 4 because everyone was ordering some. I know! Would you follow them off a bridge too? But they were $1! I figured I could always eat the wrapping and toss out the filling. But the whole dumpling was delicious. After starting off with a nibble, I inhaled the rest. If it had onions, I could not taste them! 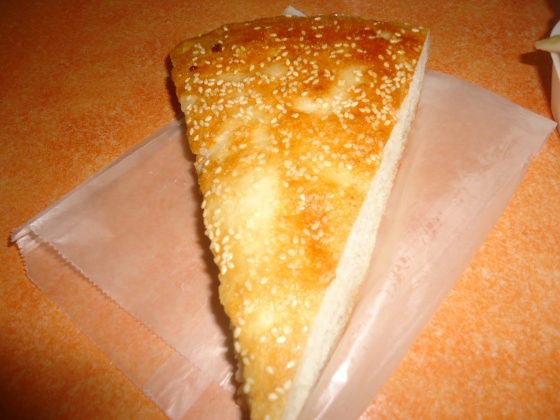 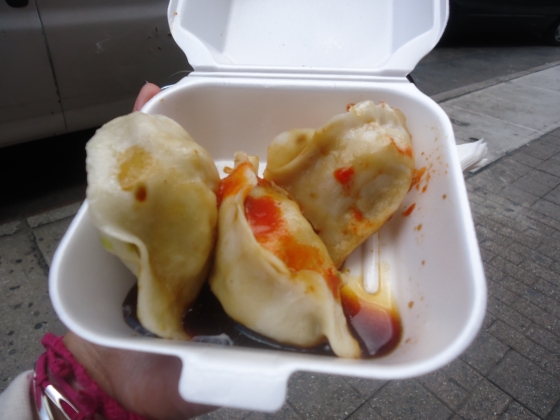 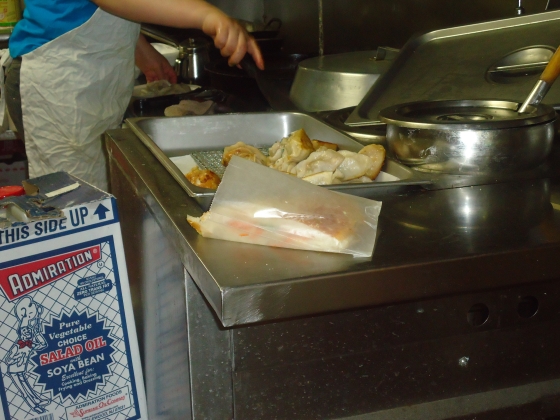 Next we were off to a bakery. I love bakeries! I walked around checking their bread. I did not buy anything because I was saving myself for the doughnut to come. 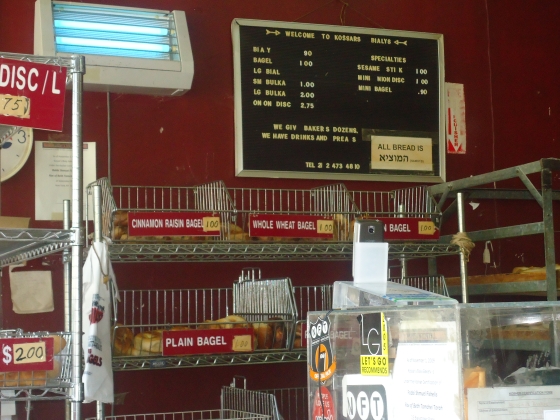 Next stop, a candy store. I am not a huge fan of candy, but I do find it interesting enough to explore. There were several kids on the tour, and they seemed to be having a great time in the store. 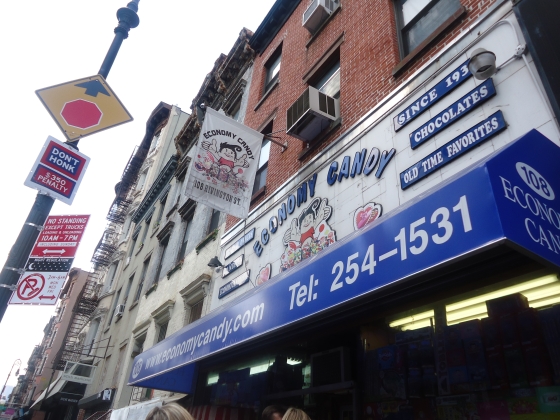 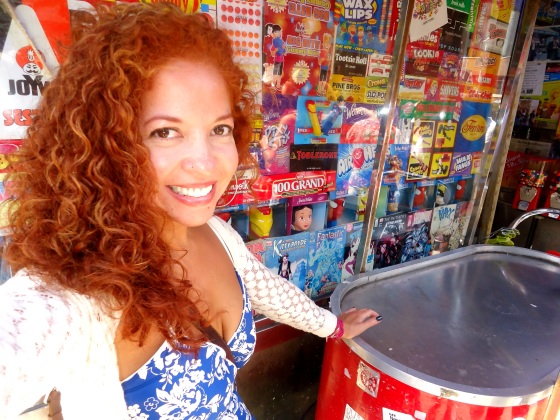 Pickles anyone? Apparently the Lower East Side was once a mecca for pickles. Now, only one shop remains. 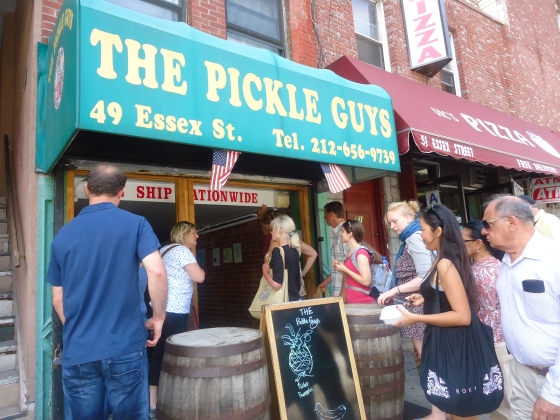 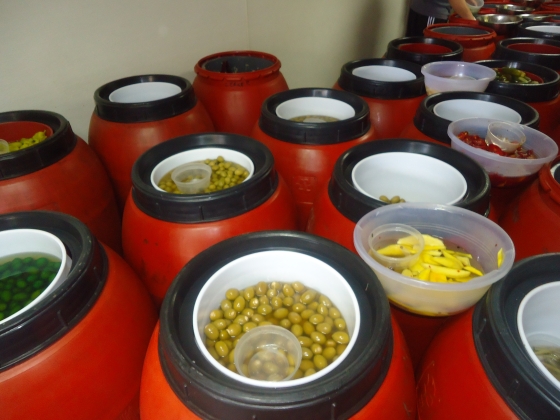 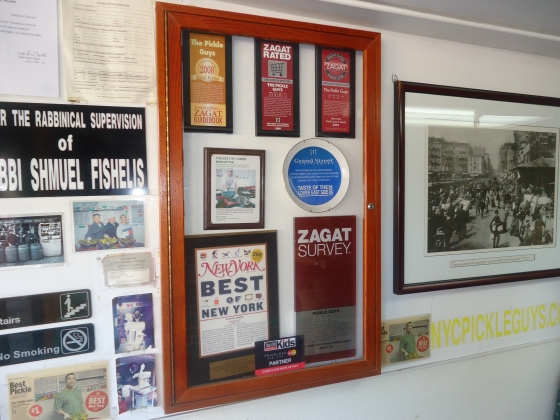 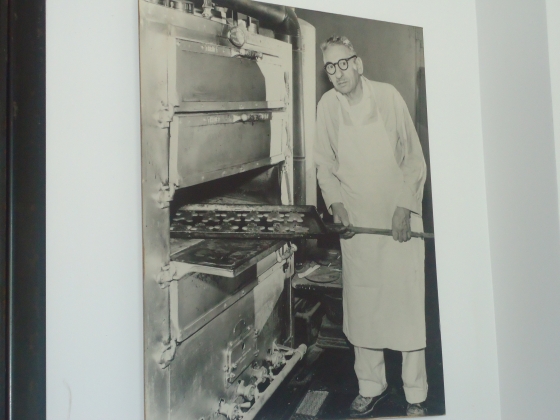 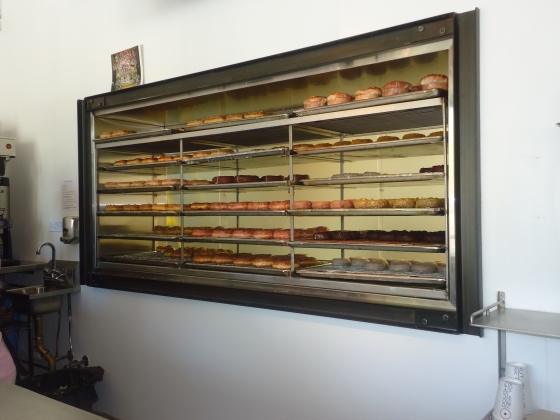 I have to admit, the doughnuts did look impressive. They also now have locations in Japan and Korea. But the taste? I was not impressed. I got their pistachio glazed doughnut and it tasted a little bitter. I guess you could say that I am a princess when it comes to bread. I want it warm and soft; this doughnut was cold.  I did hear that their “cake” doughnuts were very good. But cake doughnuts? Shouldn’t they be mutually exclusive? 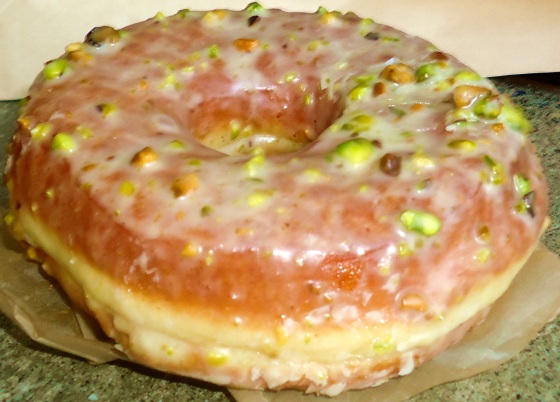 You may also be interested in how I travel on a budget. Here is the breakdown for my NYC trip.