I know it sounds snobby, but I am usually not impressed by chains. Chains just seem so “fake” and “uncreative” to me.  Yet, a friend of mine could not stop talking about an amazing breakfast she had at What A Bagel in Vaughn. What a Bagel? Seriously? I was so confused, that it actually piqued my curiosity, and just had to check out their breakfast for myself. So I made the trek to the burbs to determine whether my friend was full of shit.

Second thought: Ok, it all does sound delicious! Dammit!

I ordered two scrambled eggs with home fries, and twister bagel (twister bagel is extra) and a side of avocado. I am shocked that I did not order bacon! Total was $6.99 plus an extra 0.75 for the twister bagel and $1.50 for the avocado.  Grand total of $9.24 before tax and tip. If I could do it again, I would have ordered sweet potato fries instead. The home fries were fine, but not memorable.

My friend ordered the breakfast wrap with a croissant with a 2 egg omelet, cream cheese, tomatoes and lettuce for $6.99 and a side of soup (a side of soup would have been $3.99 but it must have been less if she was upgrading it from a regular side – can’t remember the price for the upgrade). And OMG, the soup was ridiculously good! It was a carrot and ginger soup that I found so impressive, that I had to buy some to go. In fact, it was SO good, that I bought a special blender just to try to make it at home!

Overall, I found that the portions were excellent, and our coffee was consistently refilled, and near the end of our meal we were given mini-chocolate croissant-like pastries on the house. Once we paid, I had a blast sticking around watching the bagels being made!

Argh! I hate to admit it, but I really did like the brunch at What a Bagel, and I would return in a heart beat. The only unfortunate thing about chains is that they are not all the same when it comes to service and quality. A What a Bagel just opened near my office, and so far it has failed to meet my expectations. But I am optimistic that they will be able to work out the kinks over the next few months. And if they don’t, I will cry. 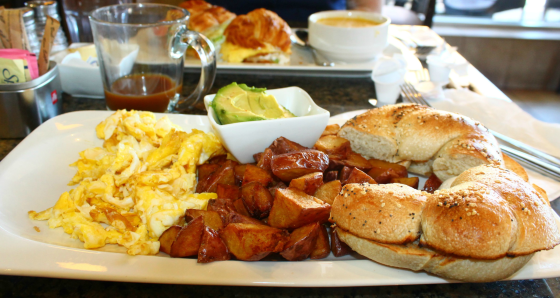 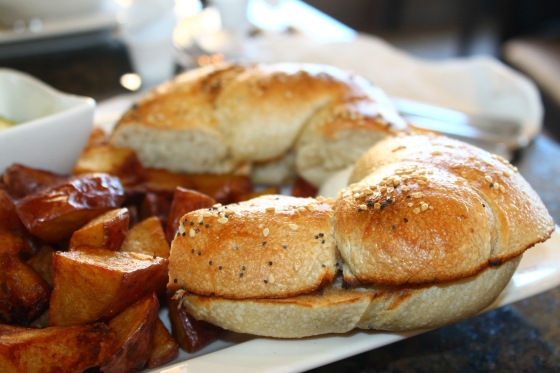 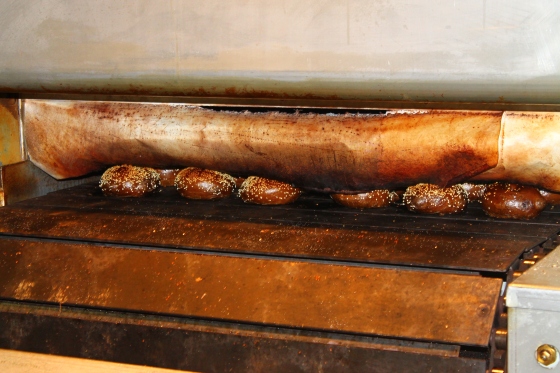