Ginger is a chain restaurant in Toronto that “specializes” in Vietnamese food. I am using the word specialize loosely here since I do not know how authentic the dishes really are.

Ginger used to be one of those restaurants that I used to visit when I wanted quick service, affordable prices, good portions, and decent tasting food. One weekend afternoon I visited the Church location for a large takeout order, and it was ready in a jiffy. When I got home my friends and I grabbed our orders and proceeded to eat. I had ordered the fried pork fillet with white rice and baby bok choy, and it tasted delicious until I began to peel the layers of the bok choy apart. There, in-between the layers lay a worm. I almost threw up on the spot. But instead I closed the container and put it away because I did not want to ruin my friends’ appetite. After my friends left I took my dish back to the restaurant and showed them the worm. They were apologetic and refunded me the cost of the entire order, which I thought was very good customer service. Yet, as much as I appreciate the good service, it is impossible for me to order from Ginger again without picturing worms, and other disgusting creatures in the food.

I was holding a food tour of sorts in my neighborhood (Church and Wellesley area), and several people wanted spring rolls. So we decided to go to the Ginger on Yonge street. I refused to order any food, and instead ordered the mango smoothie (they do make delicious smoothies), and everyone else either ordered a mango salad or a spring roll. And I have to admit, the salads did look tasty, fresh, and most importantly, CLEAN! Would I order one of these salads in the future? Maybe…. but certainly not in the near future. That’s paranoia for you.

The moral of my story is that maybe it is not fair to judge a chain on the basis of how one location performed. I understand that inasmuch as the menu will be the same, the staff and quality of the food will differ. Keeping all that in mind, it is hard not to clump them together. Sigh 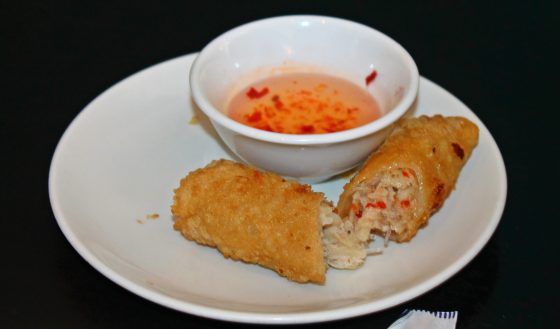 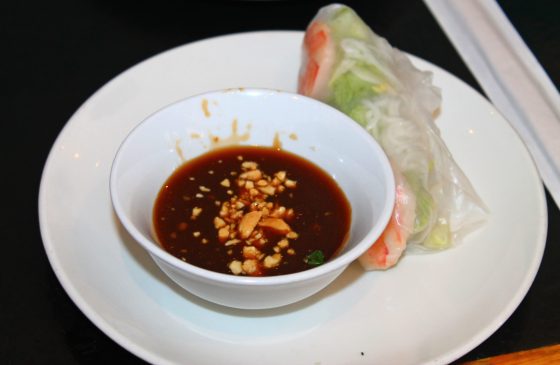 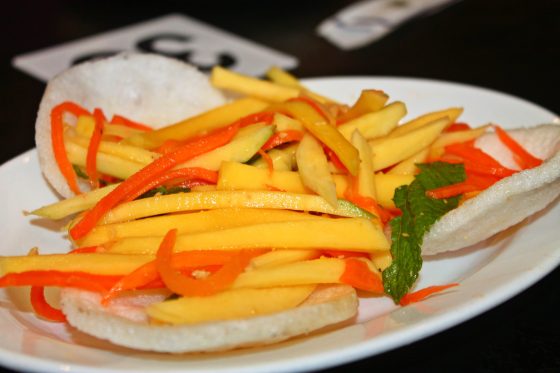