Smith and I have had a long love and hate affair. I first went to Smith in September of 2012…

….When we arrived we did like the decor very much, but when we began to review the menu, we found it challenging to even just open it without feeling like we were drowning in it. It actually took us several minutes to realize that the menus were at our table unbeknownst to us. The waiter seemed nice, but because he was new, he was unable to answer many of our questions, but did look into our questions and came back with the answers. My friend ordered the Smith Burger and I ordered the Steak. When we received our food we only got the meat component but no sides. I found that odd because most restaurants give you a side to go with your burger or steak, but for some reason I did not think to question our dishes. I also felt bad having to ask our waiter more questions. My friend found her burger to be okay, but quite small. I ordered the steak medium-rare and it arrived medium. We were both still really hungry after we finished our meal because we did not have a starch to go with our food. I did not look into the error in our dishes which is just plain stupid. I was shy then? I can’t even fathom how that is even possible. I did give Smith’s bread pudding a try and I found it to be really good. So much so that I was happy to put it on my Facebook food page to let my followers and readers know how good it was. Maybe a larger piece would have been great for the price, but again, I was hungry.

Needless to say my friend was disappointed and I was embarrassed for getting her so excited about a restaurant and having her not enjoy the experience. So we decided to go to another restaurant after we settled the bill. Yes, we settled the $60 odd bill and walked over to a pub and ordered food there. We were hungry! …and broke by that point.

That evening when I got home, I was annoyed and wrote a pretty pissy review on Tripadvisor about my experience at Smith. Shortly after I was contacted by one of the owners of Smith wanting to know what happened exactly and wanted to rectify the situation. I thought that was pretty amazing. Taking responsibility for an error. An error that I could have/should have looked into while at the restaurant. I knew that I should have stepped up.  Awesome of them to still try to give me an other opportunity to try their food! So lucky me was sent a $50 gift certificate to return.

So in April of 2013 I invited my friend Ang to come to dinner with me at Smith….

We got to Smith promptly at 5:30pm when they opened. We were the first people there and seated quickly. We reviewed the menu and I ordered another steak frites (can’t help it, I love my meat) and my friend Ang ordered the fish and chips special. I ordered my steak medium and when it arrived I cut it in the middle (I learned my lesson from the September experience) and it was not cooked medium. There was very little pink in the middle of the steak. I called the waitress over and told her my predicament, “oh sorry about that” she said. And then walked away. What?! So I called her over again and told her that I needed a new steak. “Oh” she said, “sorry, I will tell the chef.” Less than 10 minutes later I got a new steak and it was cooked perfectly. Cool, I was a happy camper.  My friend described her meal as okay and the portion was pretty small. Meh. Oh well. I was happy with my steak and fries. Even the fries were good–thinly cut and crispy.

For dessert I ordered the bread pudding to share because I really liked it the last time I was there. As we waited for the dessert I saw several parties arrive. Then I noticed these parties receiving the exact same bread. Do you have to pay for the bread? We did not get any. And if you do pay for it, is it that good that everyone in the restaurants has ordered it? I had a feeling that no, you did not have to pay for it. So I called the waitress over and asked her about this mysterious bread. “Ah, the bread is an olive bread that the chef made today.  We are giving it to the customers for them to sample.” “Mmm” I said, “can we have some too?” “Oh, you want some?” She said. Really? You have given every table AROUND us some to try. Are we invisible?! “Yes we would like to try it.” Oh for heaven’s sake.

Total before taxes and tip: $68

As much as I loved the bread pudding and steak, I did leave the restaurant frustrated. Again.

We sat down and reviewed the menu. The menu looked good. But then again, I have never had a problem with the food at Smith. Just the service errors. I was crossing my fingers that this experience would be different.

Order: As an appetizer I got the Smith salad (poached pears, blue cheese, candied nuts and sherry vinaigrette). For the main I ordered the steak frites sans the onions (shocker!) and for dessert I ordered the bread pudding (shocker #2!). My friend ordered the cocktail shrimp for an appetizer, the cobb salad as his main, and the lemon curd for dessert.

40 minutes later, still no appetizers. And EVERYONE around us had received their food. Even the people who arrived AFTER us. Yes, I did stall a bit because I wanted to see how long it would take them to realize that we had not received any food whatsoever. After 40 minutes my friend had enough and called the waiter over. The waiter did not check in on us at all—clearly since he had no clue that we had not received anything to eat. So after pointing out that it had been 40 minutes and we had yet to receive our appetizer, the waiter went over to the kitchen to get our food—except he did not have to go into the kitchen since our appetizers had been sitting at the pass (Smith’s version) THE WHOLE time! So we got our mini appetizers and just as my friend and I dug in, the waiter appeared with our mains. Really? What did he want us to do? Put the mains on our laps? There was little room on the small table and why would you bring out the mains now? It will get cold! Sigh. We accepted the mains and squeezed everything on the table. Why Smith????!!! It is not brain science! And on top of that, my salad did not have any blue cheese. I love blue cheese. It was supposed to have blue cheese!

We finished our appetizers and dug into the main. I needed mayo. Without the jus, I needed something to dip my steak and fries into. So I asked for mayo. 20 minutes later. Still no mayo. Argh! So I went to the kitchen and asked for the mayo. Came back to my seat and continued eating. But by that point I was too hot, sweaty, frustrated, and just plain old disappointed. And to make matters worse, there were a lot of tough and fatty pieces in the steak and I did not have a napkin to spit it into. I know, it sounds wrong and nasty, but did I have to swallow it? And I did.

The waiter finally came around to check in on us and I did kinda lose it on him. I told him how frustrated I always feel after leaving Smith. How they keep making stupid mistakes. But to soften the blow I did point out that they did seem like really nice people nonetheless. Ick! Then he said, “yes, we are still trying to iron out a few kinks.” “You have been trying to iron out these kinks for at least a year now!” I said.

We got our bill at 2:45pm. We arrived at Smith for lunch at 1:30pm. We were the last people to leave and we did not linger. They did take $10 off the bill, but we did have a lot of drinks while we waited for our food and to stay hydrated in the heat (I know, we could have stuck to water). So $10 off seemed like nothing. I know, I should feel grateful, but I just didn’t care anymore. All these reasons for my frustration may seem silly, but argh! I can’t deny the fact that I did enjoy the food on my three visits. But the service….

Here are some pictures of our Summerlicious food. Note the size of the plates (I have small hands by the way). My pictures are deceiving. 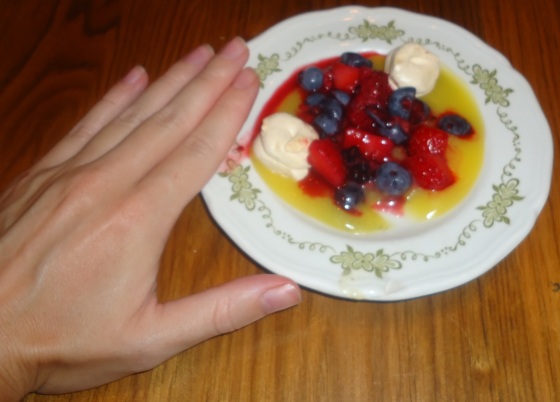 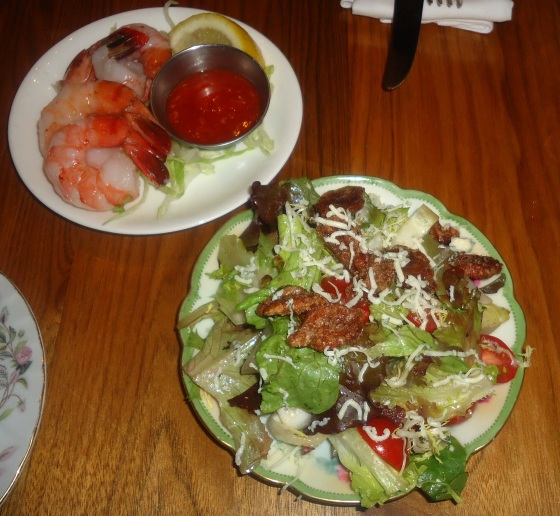