My friend Angela and I were still hungry after dining at Chacho’s Mexican Restaurant (review here), that I quickly did a search of nearby pastry shops and dessert restaurants. Since we were in midtown, we had many options. I was feeling like ice cream on a waffle, so I suggested we check out Jedd’s Frozen Custard. The reviews were great and the name was very intriguing.

As soon as we walked into the restaurant, we were greeted by a gentleman behind the counter, and he offered us a taste of the chocolate and vanilla frozen custard. After tasting both, we decided to go with vanilla, on a waffle with berries and chocolate drizzle. Although similar to ice cream, the difference is really in the taste and the texture. The custard is meant to be smoother and creamier than ice cream.

I found that the custard did taste similar to ice cream, but it also resembled frozen yogurt. It was smooth and creamy, but it lacked a punch of flavor. I got the sense that you really needed to eat it with some sort of topping(s), since alone it was a tad bland. The waffle, though made fresh in-house, was chewy and it reminded me of what the waffle of an ice cream cone tastes like when soggy. Overall the dish was not bad, but it was not as impressive as the reviews made it out to seem. 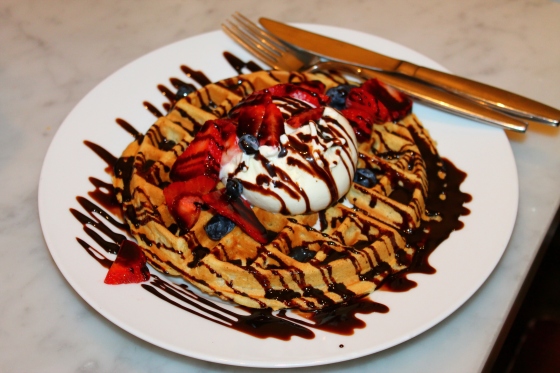 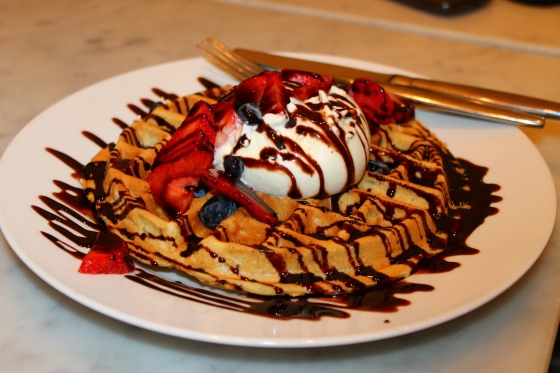 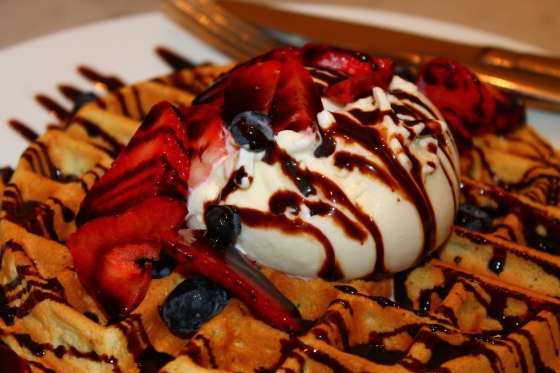